A Lifetime of Stories

And at the end of lifetime, there is the end story. Nothing helps us understand the deep healing and connection that home funerals bring more than the stories people tell. Simply put—they open our hearts and our minds to what is possible in our own lives. They inform, open our hearts and minds, and honor the families and friends and their loved ones. Let us know your special home funeral story (see how below).

A Few of Our Favorite Stories 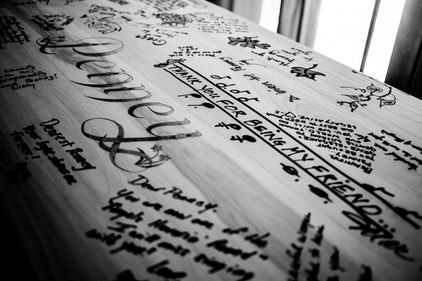 Photo courtesy of Taylor McIntosh, photographer, and Chuck Lakin
It Was as If by Lucie C. Boucher, Waterville, Maine, January 2017
"Because this was a home funeral, her body was attended to immediately by her husband, her oldest and best friend, another friend who has assisted with about twenty home funerals, and me, one of her more recent friends.  We represented decades of friendship and love."

Having My Parents Die at Home Was a Powerful and Worthwhile Life Experience by Paul Ennis, OpenIDEO Challenge  5-27-2016
"It is my belief, based upon the direct experiences I went through with my folks, that being able to not only have them die at home, but then have them stay at home, be prepared for burial at home, and be transported to their final resting places from their home (in home-made caskets) provided our immediate and extended family with a rewarding, deeply bonding series of end-of-life experiences that clearly were unlike anything we’d been through before."

Walking Each Other Home by Anne Jungerman, Napa Valley Unitarian Universalists 8-9-2015
"The world turned upside down on New Year’s Eve morning when my husband died suddenly after a typical morning of leisurely waking, morning canoodle with me, ritual cup of coffee, and some tree pruning in the back yard before hopping on his bike.” Listen to Anne Jungerman’s story of her husband’s sudden death and how she came to have a home funeral.

Remembering My First Home Funeral by Sara Williams, Chrysalis Emerge Foundation Blog 4-25-15
“My first home funeral totally captured and reinforced the circle of life. Two years ago, I could only read about and study how home funerals promote healing and closure; how they provide a comfortable place to discuss life and death; how they allow us to express our grief and loss. Now I knew all this to be true because I had lived it!”

Notes From a Home Funeral by Rebecca Novick, Huffington Post 6-30-14
"It felt intensely natural to take matters into our own hands this way. American families had conducted their own funerals for hundreds of years. When had our loved ones been taken from us by the institutionalization of death?"

Home funerals: Another way to say goodbye by Tim Unruh, Salina Journal 3-15-2015
"By embracing an old concept — a home funeral — his farewell is one the Comforts will never forget...“I have never had such a spiritual experience,” Louise said."

Touching Death by Nora Menkin, The Co-op Funeral Home of People's Memorial blog
"I had come into the room with a body that had been through so much. She looked beat up, cold, lonely, and pained. Once she was dressed, in her own clothes, she looked so cozy, warm, relaxed, and comfortable. She looked like herself. But it wasn’t her."

The Surprising Satisfactions of a Home Funeral by Max Alexander, Smithsonian Magazine 3-2009
"He looked unquestionably dead, but he looked beautiful. Harper and I received many compliments on our coffin. Later, when the wine flowed and the kitchen rang with laughter and Bob was alone again, I went in to see him. I held his cool hands and remembered how, not so long ago, those hands were tying fishing lures, strumming a banjo, splitting wood. Those days were over, and that made me sad, but it also felt OK."

A Modern Home Funeral vs. a Traditional Funeral Home by Kateyanne Unullisi, The Emerge Foundation blog
"He lay under fluorescent lights in an expensive open casket, ... formaldehyde scenting the air, while every person he ever knew from home and work and school and distant cousins and friends ...lined up, took their one minute turn at looking down at his bearded, 33 year-old face, a small smile glued to his lips, then moved on."

Home Funerals Grow As Americans Skip The Mortician For Do-It-Yourself After-Death Care by Jaweed Kaleem, Huffington Post
​"We had taken care of Caroline her whole life," recalls Alison, whose other daughter, Kate, has the same disease and will also have a home funeral. "Why would we give her to someone else once she died?"

A Day in the Life of a Home Funeral Guide by Peg Lorenz
"The family had been sitting vigil by Sara's bedside for days, watching her breathing change, watching her slip away. The 54-year-old wife, daughter, sister, and mother of 2 had been stricken with a recurrence of cancer. They were stunned and grief-stricken. Sara had expressed that she wanted her body to stay at home, to stay peaceful and untouched. They had no idea how to comply with her wishes, until..."

Opa--A Natural Extension of Care by Julie Lanoie
"After my grandfather took his last breath, I called my sister into his bedroom and said, "I think he's gone..."We had been holding vigil for about a month, keeping Opa warm and comfortable, while he did the work of dying in his own way, in his own home. Long before dementia robbed us of conversation, we had talked openly about death and dying. He was clear about his wishes and had prepaid for cremation. I had already spoken with a funeral home in Concord who would honor his contract when the time came, even though it was from the 80's and had been purchased in Florida."

Walking Each Other Home by Jennifer Downs
"It is important, I believe, for us to talk with each other about these situations that will inevitably come up and begin to refine how we will talk and listen to people. There is a long and winding road to the subject of actual home funeral with a possible green or conservation burial. Being comfortable with this stage of the process is a vital part of what we as Home Funeral Guides need to do and provide."

Home Spun Home Funeral by Gerald Kowalski
"Perhaps we were old-fashioned, or perhaps we were ahead of our time. The rituals and practices of home funerals were a natural part of my life spanning a generation or two before and after my youth. In retrospect, the continuity of care always came full circle, primarily due to the fact that I come from a close knit family of nurses and funeral directors..."

A Wedding and a Funeral: Gabe's Story by Olivia Bareham
When Mitch and his partner Gabe completed the Sacred Crossings Death Midwifery program, they decided it was time to go ahead with their dream of creating a hospice in Los Angeles called 'Anam Cara' meaning soul friend. Last May, they asked Rev. Olivia Bareham to officiate their wedding ceremony, a glorious affair attended by many friends and family. Everything was falling into place. And then life took a turn. Just six weeks later, after a morning of yoga and a bike ride in the canyon, Gabe died suddenly from a fatal heart attack that had presented no symptoms.

Water Falls From My Eyes: The Home Funeral of Bhim Darjee by Lee Webster
Not all home funerals are the same. Not all home funerals follow our ideal of how they should look and feel. Sometimes we are simply called to witness...The newly assimilated Christian Nepali community of Concord, NH, was expecting their first death on American soil. When the call came that Bhim had died...

Sharing and listening
Sharing your story is a way to pass along to others the wisdom gained from your experience, and is a way to honor your loved ones. It's a way we all learn from each other. Please share with others and tell us your own story. We'd love to hear from you. If you have a home funeral story to tell, we want to hear from you. We won't share it if you don't want us to. But if you are OK with sharing it publicly, we consider all stories for our e-newsletter, and possibly for our Facebook page.
Please contact us if you have a story you want to tell. Thanks for sharing!